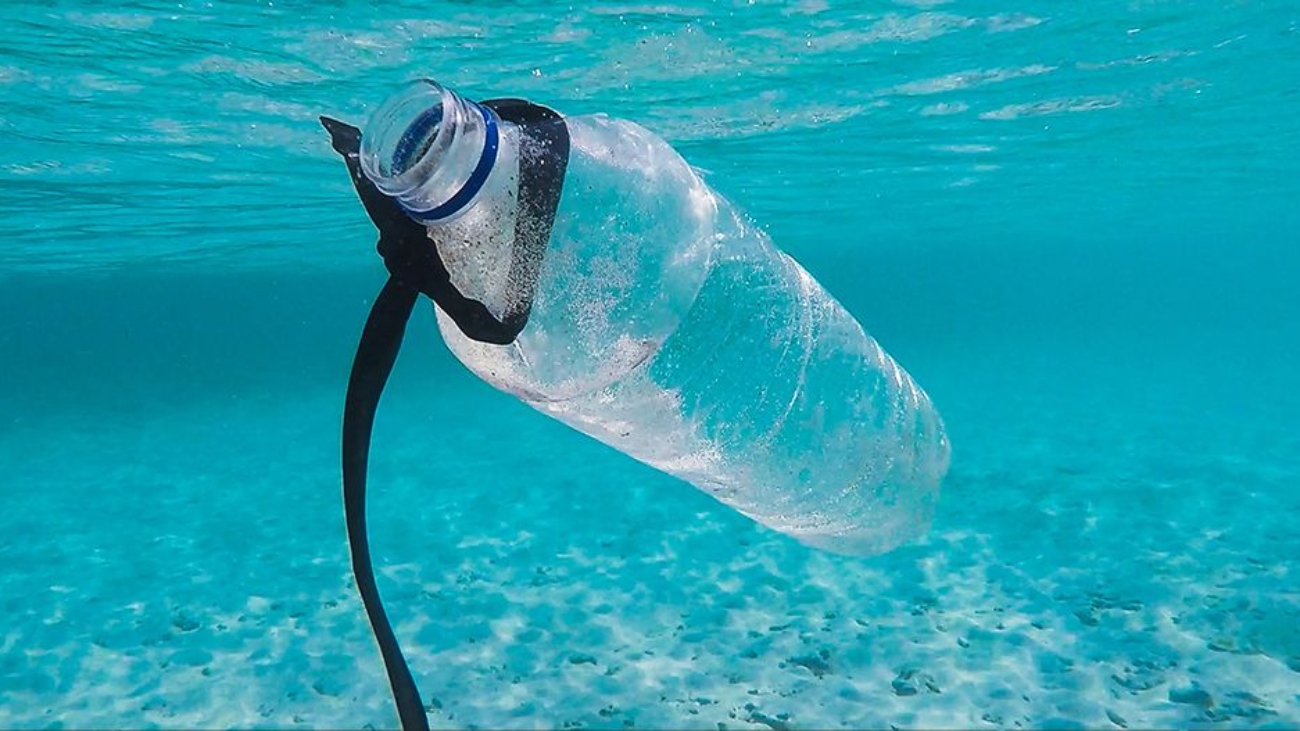 Should the next generation of ships sail on plastic oceans?

Plastic waste has become a huge concern globally and the consequences are damaging. Human beings are throwing away more than half their own weight in plastic every year – 260 million tons globally to be exact. The figure will probably reach 500 million tons by 2030 which is more than doubling in 11 years.

The only bad news is not that we are throwing away 260 million tons of plastic every year, but that it is only 16% of this amount that is recycled. The remaining amount is being either incinerated, landfilled, or dumped or leaked which is, of course, damaging the environment and contributes a lot to the CO2 production.

8 million of the 260 million tons of plastic waste ends up in the sea, killing wildlife and disrupting ecosystems. 2% of this found in the US and Europe, 82% in Asia, and 16% in the rest of the world according to a 2019 report by McKinsey. According to the International Maritime Organization (IMO), in 2050 the number of plastics in the oceans will outweigh fish. So, the problem is very real and we need to act now before the plastic waste in the oceans reaches levels so high that it will become almost impossible to solve the problem within a foreseeable future.

In Denmark, we also see the harm that waste plastics can cause at first hand. On its western coastline alone, 1,000 tons of waste is collected, but luckily 99% of Danes say it is important to act on the challenge of plastics in nature. So, there is a great feeling of responsibility among the Danes when it comes to cleaning the oceans for plastic.

The maritime industry also acknowledges the plastic waste problem in the ocean which led to a project by the organization Ocean Cleanup. It was launched in September 2018 and consists of a U-shaped floater that is 600 meters long and 3 meters deep. The floater is transported out on the ocean by a ship and then it will move with the help of waves and current. The plastic will get caught in the middle of the U-shaped floater and every 2 months a ship will come and collect the plastic, bring it back to shore, and then recycle it. The pilot project was launched in co-operation with Maersk Supply Services who transported the first floater 2200 km outside the coast of San Francisco and then monitored the floater for 2 months. Maersk is also supporting the project with 10 million DKK and contributes a lot to the plastic waste agenda.

The aim is to remove 90% of all the ocean plastic by 2040 and The Ocean Cleanup’s long-term ambition is to install at least 60 systems to remove 50% of the 80,000 tonnes of plastic in the Great Pacific Garbage Patch within five years. The Great Pacific Garbage Patch is the largest accumulation of ocean plastic in the world and is located between Hawaii and California. 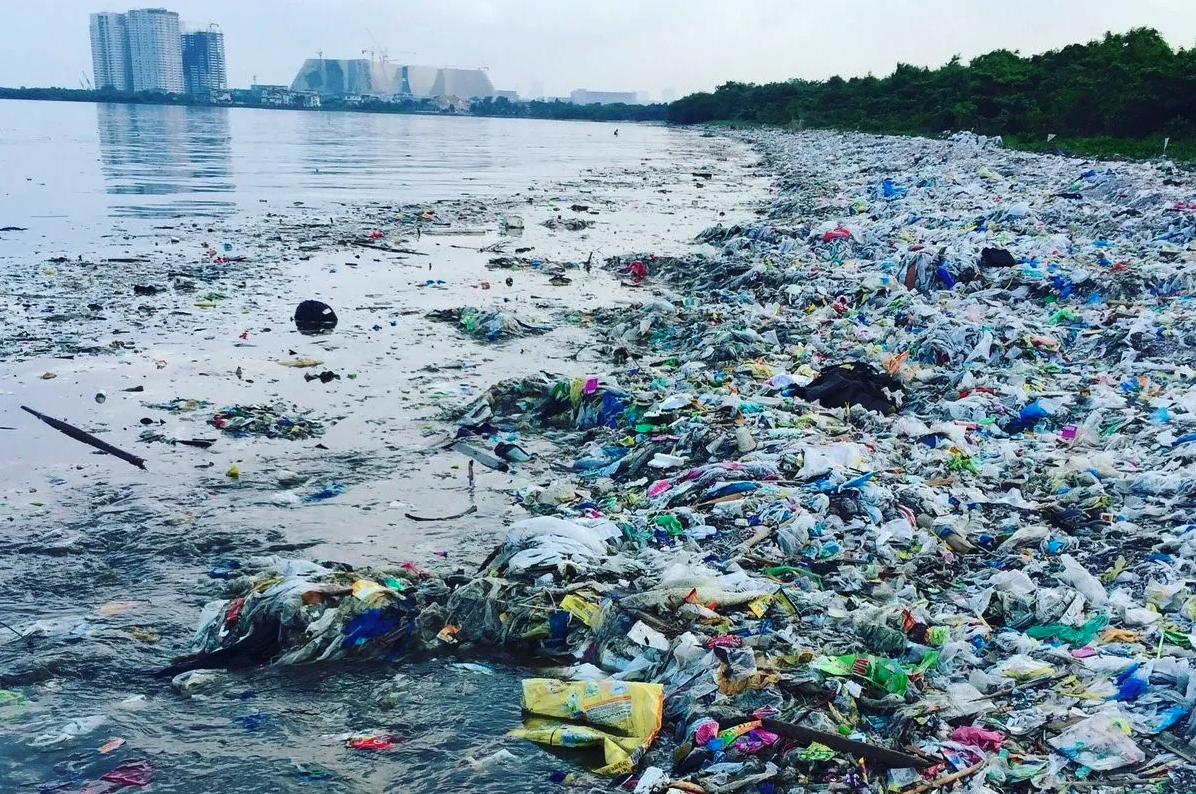 Another initiative was launched in 2017 when several Danish organizations, companies, and research institutions created a partnership called the Ocean Plastic Forum. The purpose of the partnership is to gather different plastic litter contractors and partners in the solving of small as well as large turnkey projects. The Ocean Plastic Forum was officially inaugurated last month at a kickoff meeting at the Danish Shipping’s office in Copenhagen.

So, there are several projects and initiatives going on at the moment that are focusing on and contributing to cleaning up the plastic waste in the oceans. Even though a lot is being done both in Denmark and internationally, we still have a long way to go before the oceans are completely clean and free of plastic waste. The shipping companies, governments, and the general public need to address the problem in every way in order to reach the EU’s target for recycling plastic packaging which is 55% by 2030. Denmark currently achieves less than a third of this and according to the report by McKinsey, a first step to reaching it can be for municipalities to align their criteria for collecting waste in order to eliminate today’s inefficiency. 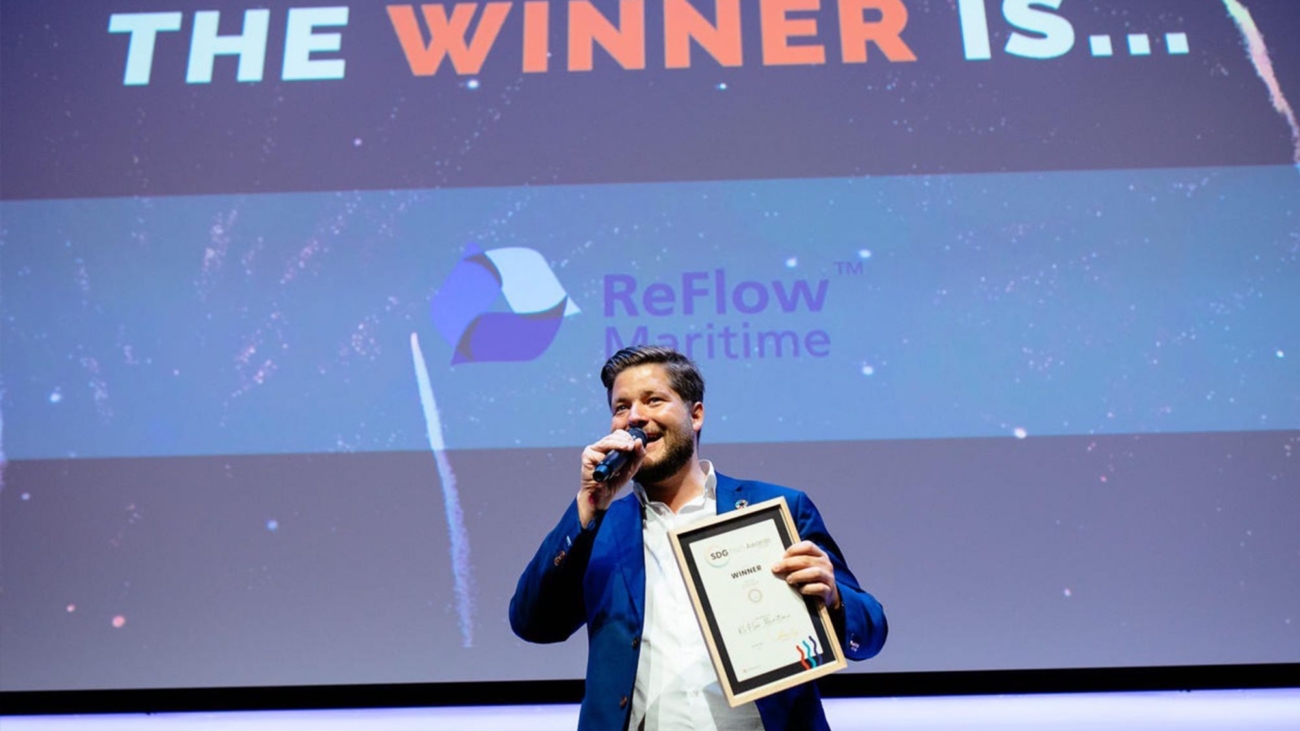 About SDG Tech Awards:
“The ultimate celebration of sustainable technology in Denmark” this inspiring evening, hosted at IDA’s Respond Festival, boasted groundbreaking startups, large corporates, promising university research, and exciting NGOs. Together, we celebrated the winners of each category for their REAL WORK towards sustainability.

It was a very proud founder that entered the stage during the award ceremony at the SDG Tech Awards when Reflow Maritime was announced as winners in the category for circular economy.

The winner was selected from over 220 nominees by more than 30 expert judges from institutions like: STANFORD, DTU, UNICEF, UNDP, DI, VÆKSTFONDEN, ISS and DELL.

“We are do overwhelmed by the response we have received by winning this award – we are on a journey to facilitate a more sustainable maritime industry. We hope that this award will assist us in underlining the importance of the role that circular economy play in this” states Rasmus Elsborg-Jensen, Founder of ReFlow Maritime. 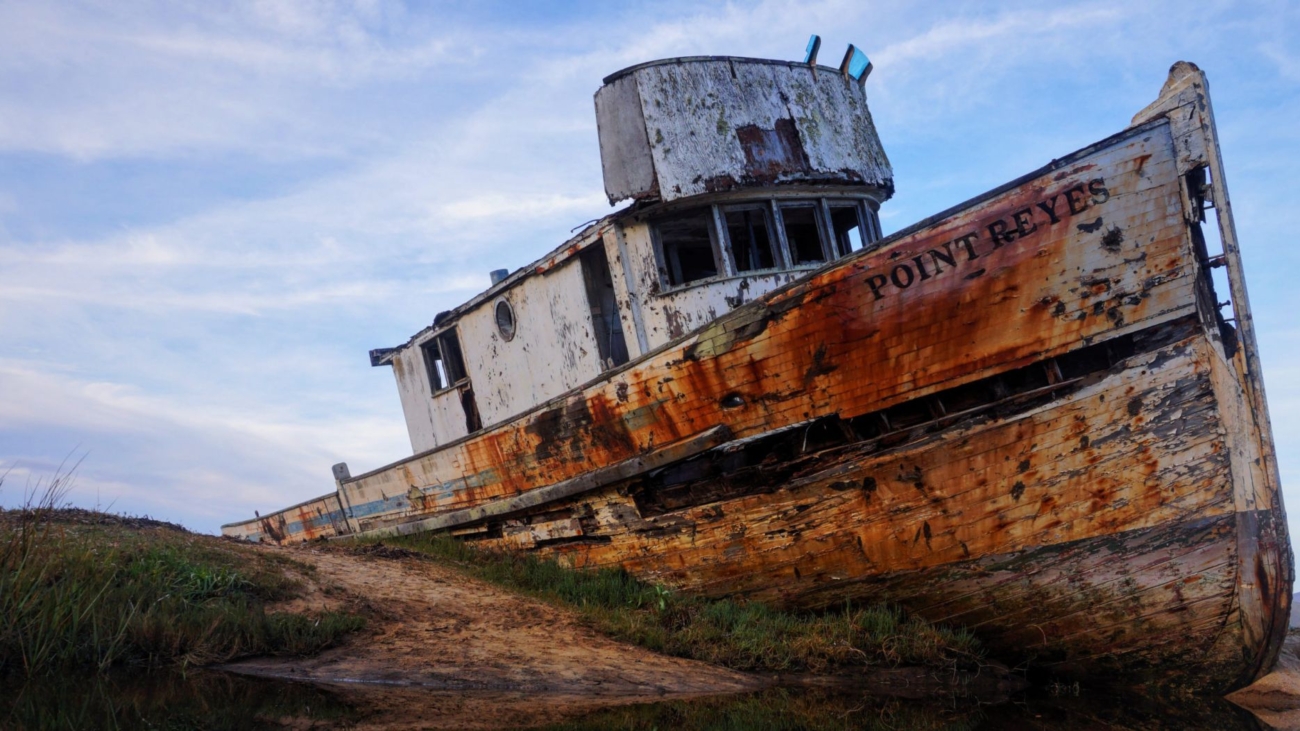 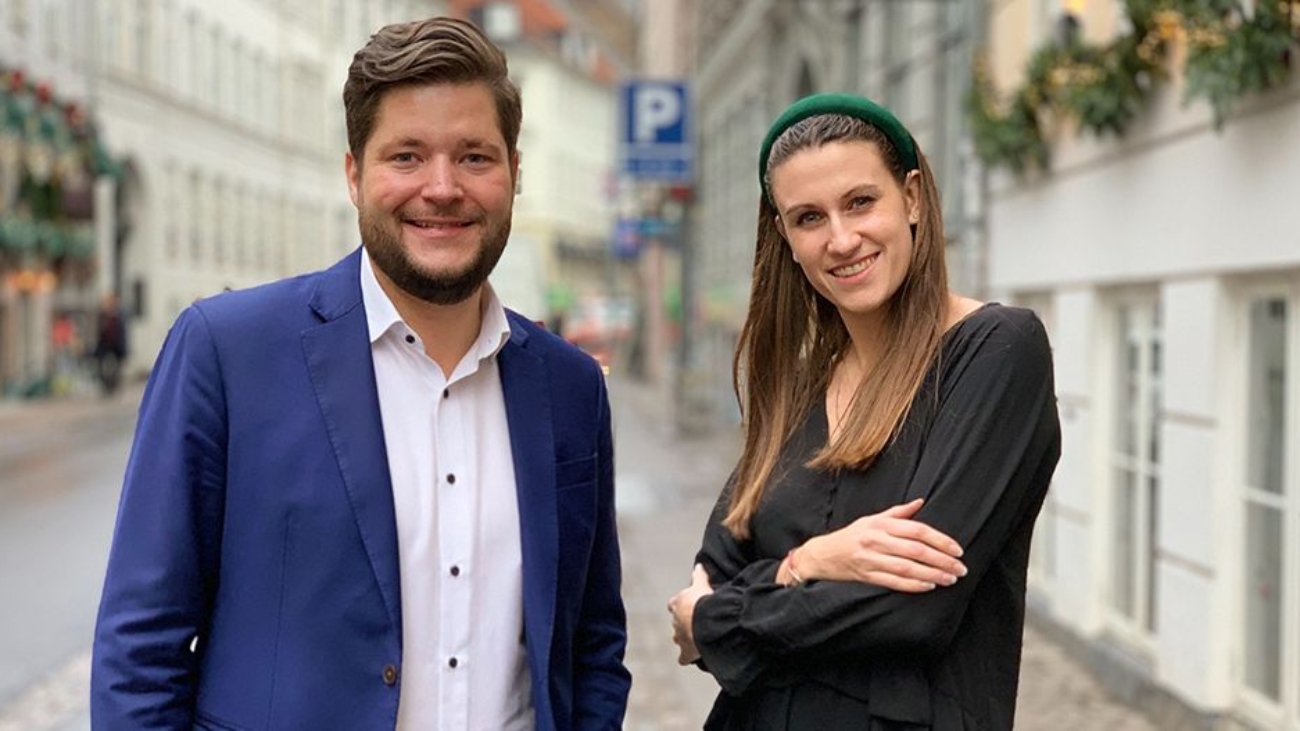 No comments to show.
Shopping Basket

We use cookies on our website to give you the most relevant experience by remembering your preferences and repeat visits. By clicking “Accept All”, you consent to the use of ALL the cookies. However, you may visit "Cookie Settings" to provide a controlled consent.
Cookie SettingsAccept All
Manage consent

This website uses cookies to improve your experience while you navigate through the website. Out of these, the cookies that are categorized as necessary are stored on your browser as they are essential for the working of basic functionalities of the website. We also use third-party cookies that help us analyze and understand how you use this website. These cookies will be stored in your browser only with your consent. You also have the option to opt-out of these cookies. But opting out of some of these cookies may affect your browsing experience.
Necessary Always Enabled
Necessary cookies are absolutely essential for the website to function properly. These cookies ensure basic functionalities and security features of the website, anonymously.
Functional
Functional cookies help to perform certain functionalities like sharing the content of the website on social media platforms, collect feedbacks, and other third-party features.
Performance
Performance cookies are used to understand and analyze the key performance indexes of the website which helps in delivering a better user experience for the visitors.
Analytics
Analytical cookies are used to understand how visitors interact with the website. These cookies help provide information on metrics the number of visitors, bounce rate, traffic source, etc.
Advertisement
Advertisement cookies are used to provide visitors with relevant ads and marketing campaigns. These cookies track visitors across websites and collect information to provide customized ads.
Others
Other uncategorized cookies are those that are being analyzed and have not been classified into a category as yet.
SAVE & ACCEPT